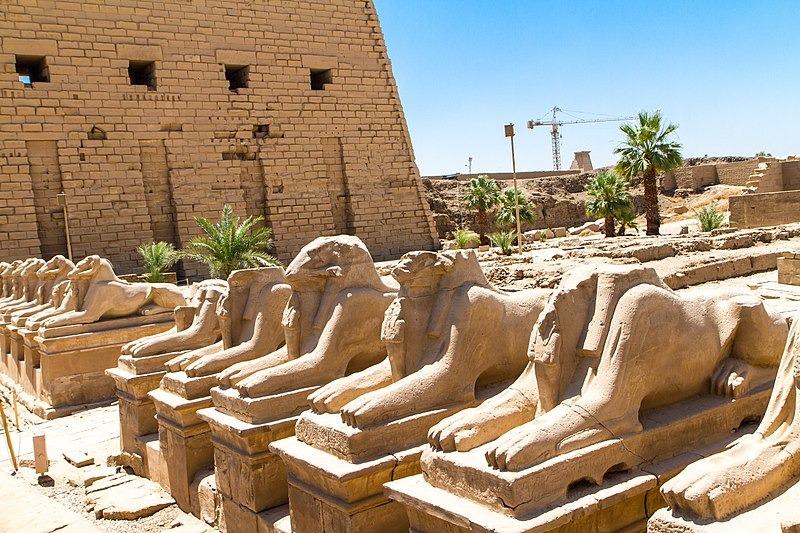 Luxor is a city on the west bank of the Nile River in Southern Egypt.

It is on the site of ancient Thebes which was the Pharaohs capital at the height of their power.

Coming to Egypt, Luxor must be top of your places to visit

Your first stop will be to The valley of kings

THE VALLEY OF THE KINGS was the royal cemetery for 62 pharaohs and is located on the west bank of the Nile.  The only entrance to this place was a long winding narrow path

At the Valley of the King's there is TUTANKHAMENS TOMB which you can visit at an extra charge.

After the Valley of the Kings you visit an Alabaster Factory where you are shown how the different sculptures and vases are made. Alabaster is a mineral or rock that is soft often used for carving and is processed for plaster powder. .

After visiting here we then move to the amazing TEMPLE OF QUEEN HATSHEPSUT which is a ancient funerary shrine in upper egypt.

It is located beneath the cliffs at Deir El Bahari on the west bank of the nile close to the Valley of the Kings.It is dedicated to the sun deity Amun and is situated next to the mortuary temple of Mentuhotep II which served both as an inspiration and later a quarry . It is considered one of the incomparable monuments of ancient Egypt.

After this amazing temple we move to see the enormous stone statues called THE COLOSSI OF MENMON These are statues of the pharaoh Amenhotep III who reigned in Egypt during the Dynasty XVIII.

We then have our lunch in a restaurant overlooking the Nile

You can opt to take a motor Boat to Banana island which has many different plants and you can buy tea and eat fruit.

After lunch you then go to the largest temple in the world which is the KARNAK TEMPLE.

You are guided around here with some free time .

After this trip you are then returned back to your hotel in Hurghada at approximately 9.30pm.
All extras are optional and not compulsory.

Only things not included in this trip are:

WHY BOOK ON LINE?
Booking online means your spaces for the trips will be reserved and organized, previous to your arrival.
HOW DO I RECEIVE MY TOUR VOUCHERS?
You can either receive your tour voucher via email , or one of our reps can deliver them personally to your hotel.
DO THE TOURS INCLUDE TRANSFERS FROM MY HOTEL?
All trips include collection and return to your hotel in an air conditioned vehicle.
WHAT IF I WANT TO CHANGE THE DAY OR DATE OF A TOUR I HAVE BOOKED?
The dates can be changed easily for local trips, as long as plenty of notice has been given. Any tours which include flights tickets cannot be changed.
WHY BOOK WITH FALCON ADVENTURE?
When booking with Falcon Adventure, you will receive a personalized service from our professional and enthusiastic team. Our aim is to make sure all aspects of your trips are enjoyed. We have a mixture of British and Egyptian management which is the perfect cocktail to ensure great customer service.
IS THERE A SPECIAL RATE FOR PRIVATE GROUPS BOOKING WITH FALCON ADVENTURE?
We are able to arrange private group tours and special discounts and offers on request.
HOW MUCH WILL I HAVE TO PAY AS A DEPOSIT? HOW WILL I PAY IT?
A 50% deposit is required for trips. This can be paid via our online payment system or can be paid by cash, in resort.
IF I AM FORCED TO CANCEL MY TRIP WITH FALCON ADVENTURE WILL I RECEIVE A REFUND?
If you cancel a trip 24 hours before the trip starts, the refund is 50% of the balance. If canceling on the same day, there will be no refund.
Please be aware flight costs are non-refundable.
DO I NEED A VISA FOR THIS EXCURSION?
If travelling to Hurghada, a Visa will be required for all. For Sharm El Sheikh you will only require a Visa if staying longer than 3 weeks or if you travel outside Sharm El Sheikh, St.Catherine's and Dahab.

Airport Transfer Book you private airport transfer to save waiting on other travelers. 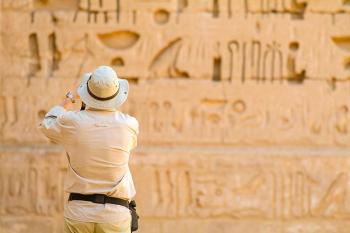 Enjoy the amazing history of the Pharaohs and explore the highlights and fabulous Historical sites between Luxor and Aswan. Sailing along the Nile capturing Egypt at its best with Falcon Adventure. 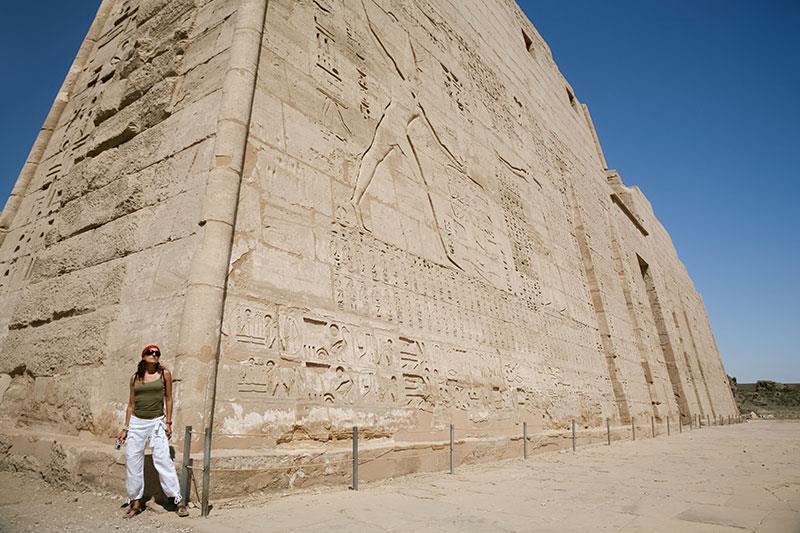 Trip to the most famous sites, in the most important historical city in the world. Early morning your qualified Egyptologist guide will accompany you to start the trip. 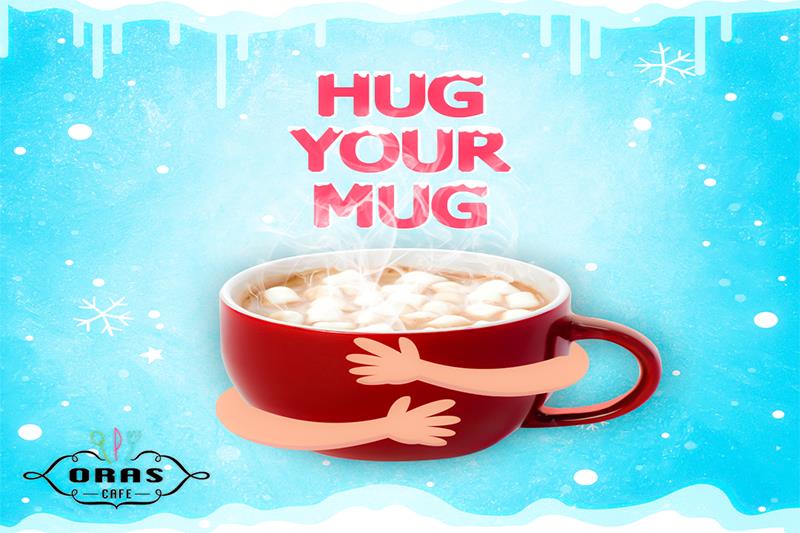 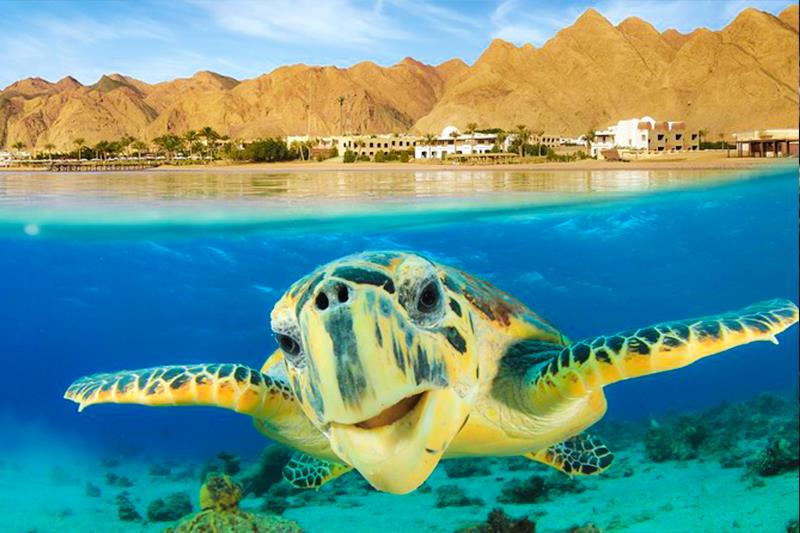 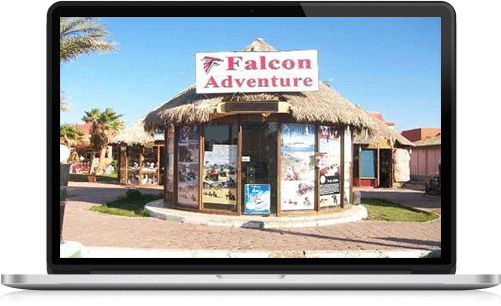 WHAT OUR CLIENTS SAY

When we went quad biking with falcon adventure for my 50th birthday they couldn't do enough for us just to make the day extra special. We have been using falcon adventure for many years now , even when we were going sharm. We use them for the quad biking/ buggies, boat trips, airport transfers, wifi boxes and even just a taxi in to town.i can say they have never let us down. Cant wait to come back this year and see Said,Max and the guys again. Thanks again.

Falcon Adventure has got to be the best we have ever been with from booking your days out in the back of a car outside the hotel totally safe so don't be put off which is a great laugh on it's own in . getting picked up and the wonderful days out and dropped off at your hotel And making you feel 110% safe at all times it is so fantastic and leaving you wanting to do it all again. And all the people at falcon are so friendly and make your day so special and it's so cheap and I mean cheap compared to your normal reps in the hotel. and a big shout out to Mad Max who went the extra mile taking us out for drinks and making our Day a day to remember. Thanks can't wait to do it all again

Book now your Hurghada excursions and check out our top activities and things to do in Hurghada Red Sea Egypt.